The dinner bell has rung. Two hours to refuel and relax. 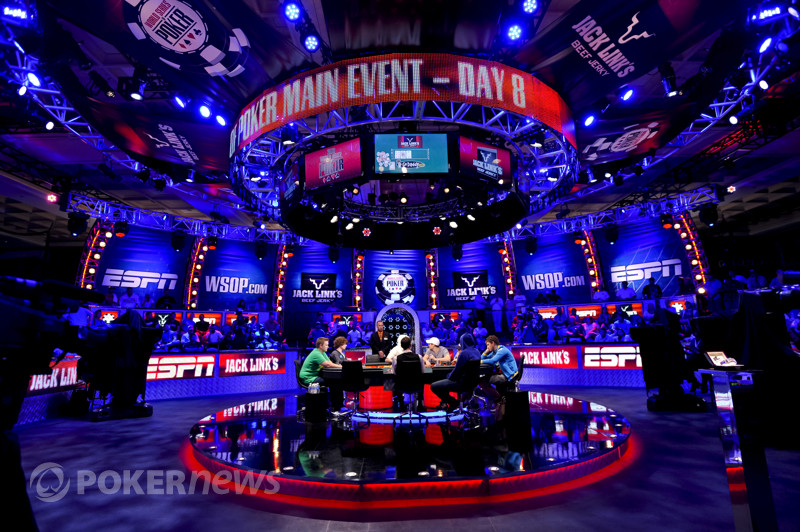 Of the 6,865 players who began the 2011 World Series of Poker Main Event, just a dozen remain. Over the last level-plus-40-minutes three more players have hit the rail.

Not long after the first break of the day, the Russian Andrey Pateychuk was eliminated in 15th place after losing a race with

versus Pius Heinz' pocket jacks. At that point players took an extra hour break in order to accommodate this evening's schedule for the televised coverage. When they returned Anton Makievskyi was still the leader with 31.9 million, with Eoghan O'Dea (26.4 million) and Pius Heinz (24.9 million) his nearest challengers.

failed to improve versus Devo's pocket tens. Then Schwalich pushed with

, got looked up by O'Dea with

, and couldn't catch up to be knocked out in 14th.

against O'Dea's pocket sevens. An eight did arrive on the river for Mamaliadis, but it completed a straight for O'Dea and the South African hit the rail.

Meanwhile, O'Dea, WSOP Player of the Year points leader Ben Lamb, and John Hewitt have moved up to join Makievskyi at the top of the leaderboard. They'll return to the biggest post-dinner stacks, while short stacks Samuel Holden and Khoa Nguyen will have the least room to maneuver.

Play resumes at 8:30 p.m. Vegas time. Grab a bite, read back through today's action, and come back then as we find out who among these 12 will form this year's version of the November Nine.